There’s no brand in Brexit. 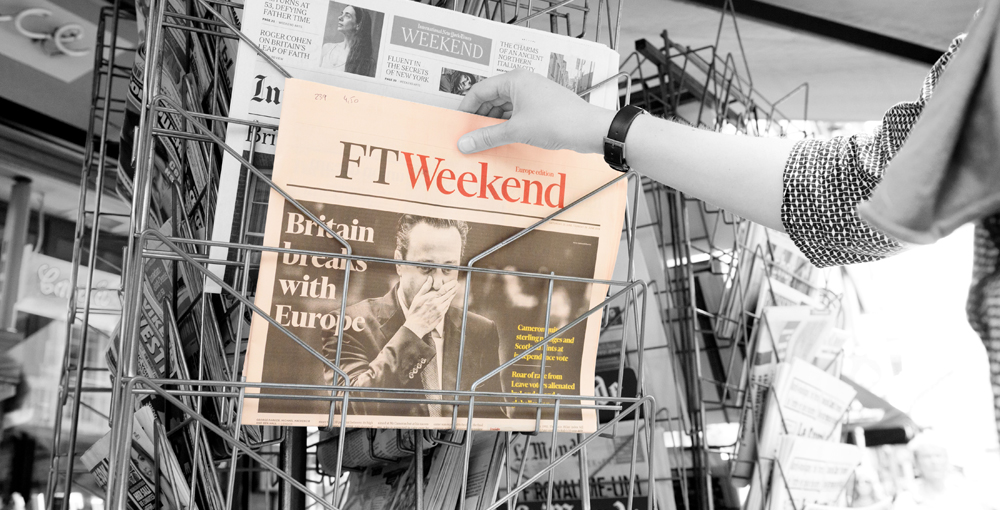 You can never plan the future by the past. – Edmund Burker (Political Philosopher)

Brands thrive on innovation. Be it technological, cultural or executional. Brand management is a Meerkat for the new. We continually burrow into (what we know as) the leading edge to find a position and move. We appraise, ideate and change at breakneck speed, to protect our visibility and ensure we stay in the now.

And now Brexit. That moment where the ghouls of politics have come crashing into every industry, arms folded, scowling intently at all of us.

So how do we confront it? Do we take a Trumanesque position and let it fester in the room? Or do we dig inside, pull out the insights and define new customer attitudes for brands to tap into? Is it time for brands to acknowledge the people have spoken and start listening to the result itself? Alongside the existential shock, did this mark a watershed in brand strategy?

Adam Curry and Joe Ballantyne (Kantor Futures) have cited the idea of Solostalgia, specifically amongst ‘Traditionalists’. Solostalgia being “the loss of a sense of belonging to a particular place and a sense of desolation about its disappearance, even though the place is still physically there.” They go on to suggest brands need to be alert to this sense of new desolation, which drove many millions to vote out, and the implications it has for how we position brands around more traditional, firm and rooted values.

Benenson Strategy Group (BSG) has also studied how a brand’s social and public behaviour in the aftermath of brexit impacts consumer propositions. They compared the public stance of Jaguar Land Rover and Nissan in the weeks after the vote. JLR’s commitment to Britain as ‘its home’ and the manufacturing bases here, suggested that 40% of people were more favourable to the brand. In contrast, Nissan’s refusal to offer assurance on the longer term future of the Sunderland plant showed only an 8% favourability towards the brand, with as much as 18% feeling ‘less favourable.’ Of course, that particular story is shifting sand as we read.

So is the future of the UK brand economy one built on iron-clad Britishness? Is JLR rubbing its hands on the potential land grab from BMW? Are we to lose the continental scent of Lavazza for the reassuring hug of Bisto? Are we to uninvent our multicultural brand repertoire to seek refuge in household favourites of yore?

In short, no. That’s about as likely as the Tories announcing a plan for Brexit by Christmas (this year or even next year!).

Brexit is an impasse. It’s a moment that’s already passed. To suggest June 24th was a huge shot across the bow for the intellectual and creative economy is a futile distraction from the task ahead. Whilst there will be nationalist winds fanned by some harder edges of the Brexit vote, they don’t have any place in our post-EU future.

Right now, we’re watching the smoldering ruins of Brexit ground zero. Forensics are digging up the battered and bruised remains of a 1950s Britain to contrive insights into a new consumer spirit. Put simply, they’re collateral damage. Fall out and debris. In the perfunctory tones of Frank Drebbin (Police Squad), “please move along, nothing to see here.” (There really isn’t).

When we leave the EU, the turbulence of Brexit will have long been abandoned. (at least for the public sheen). Embracing a brave new world and potentially a globalized free-trade one, won’t be built on pots of innovative Jam and British Leyland Princesses. It will have to inhabit the complexities of the mid-Atlantic and the Pacific Rim, with even more dynamic, braver ideas and industry.

Traditionalists will always find their place in the curve. A future in their past is not in our GDP. For the creative industry, Brexit is already a political monument.